I sketched this “empty sign” in San Jose’s Japantown years ago, before I knew it’s significance. The building was so distinctive, I just had to draw it and that empty sign frame begged for a sign to fill it… 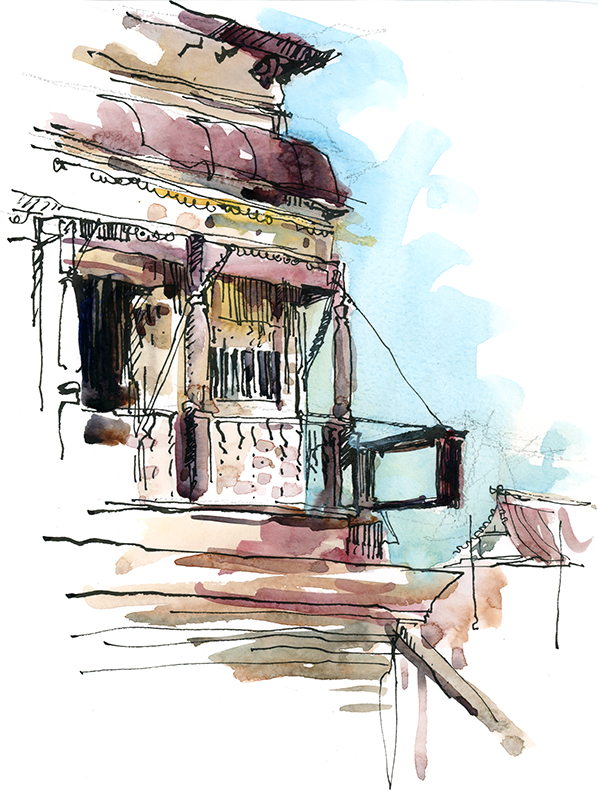 Built sometime between 1890 and 1905, this two-story building started off as a Japanese boarding house for workers from Kumamoto province but was sold to Jimmy Ng in 1915. Jimmy opened up the Ken Ying Low Chop Suey Restaurant. Ng contracted master craftsmen known as the Nishiura Brothers to add that balcony to the front of the building. That and the curved roof are what make this building so distinctive. The restaurant thrived in the city’s Chinatown, known as Heinlenville, until the 1950s. It later become a Filipino restaurant and a Cuban restaurant before falling into disrepair in 2009. The city named the building a historic landmark in 2010. The sketch is from around 2014-2015, when the building was still in disrepair.

On the left in the image below is the sign for Ken Ying Low Chop Suey Restaurant. 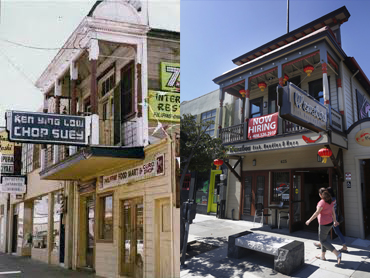 On the right is the restaurant in it’s new avatar as Wenzhou Noodle Restaurant. (Photos courtesy San Jose Mercury News)

It’s lovely to see the building preserved and a new and exciting restaurant that respects the history and design of this unique building.