Everyone knows him as Babe the Muffler Man. And he stands at the Alameda at what is officially called Babe’s and Lightning Mufflers.

When I first drew Babe in 2014, he was empty-handed. Turns out, that’s happened often to Babe. The muffler he holds has been at various times, broken, or stolen, or replaced by pranksters with other items. During San Jose Shark playoffs Babe has often been seen holding a hockey stick. 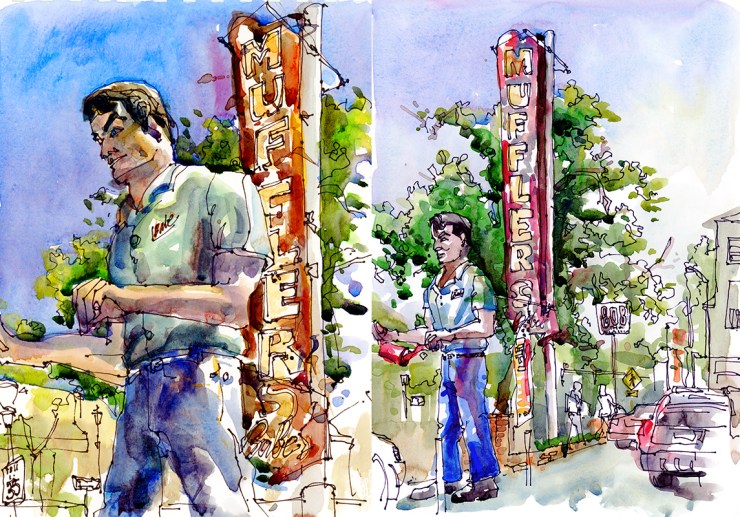 The auto repair facility he stands at is from the 1930s. But Babe came later. His namesake was former owner of the muffler shop, Babe Royer. In 1954, Royer attended a tradeshow where there was a giant figure of Paul Bunyan holding an axe on display. He became the inspiration for the 15-foot figure of Babe holding a muffler. Originally dressed in the all-white uniform that the mechanics at Babe’s wore, the uniform was later updated to the more casual blue jeans and light blue shirt. Here he is, sketched in 2017, holding a red muffler. 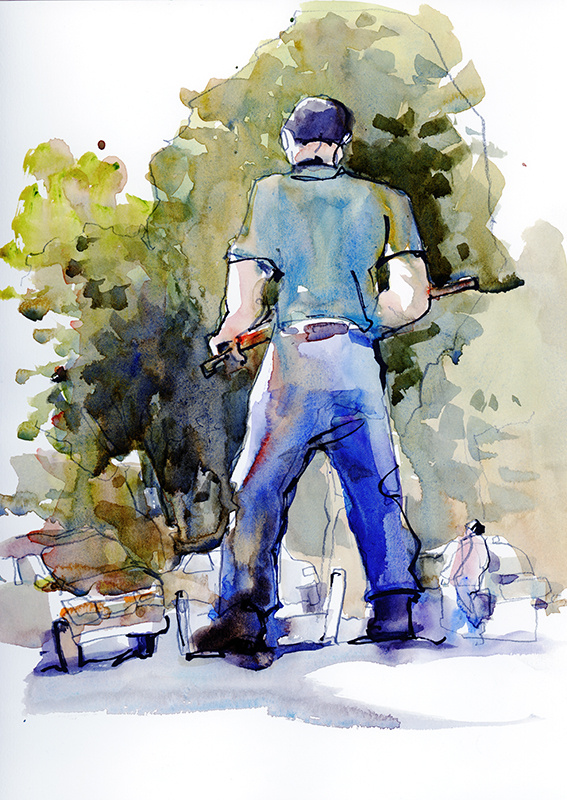 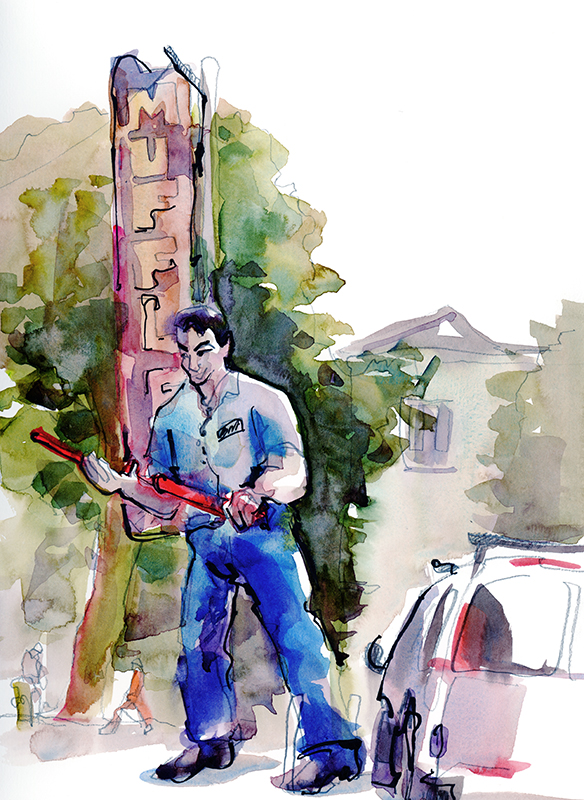 Made of fiberglass, with steel-reinforced legs and cement shoes, Babe is a great example of a vanishing part of American Pop Culture called the Giant Object Advertising Trend from the 30s and 40s). And while he is special to San Jose, other Muffler men can be found around the country. But he’s the only Babe.