Built in 1953 when the plaza was constructed, this whimsical sign with a rotating carousel on top just received historical status in 2016. That means it’ll stay standing even though the property it sits on has been bought by a Texas-based developer. (That means Cambrian Bowl, also part of the same complex has shut down and will disappear too, but I’ll save that story for another post)

Originally, the box-shaped structure on the sign had neon lettering that  was later swapped out for its current backlit box and changeable letters. 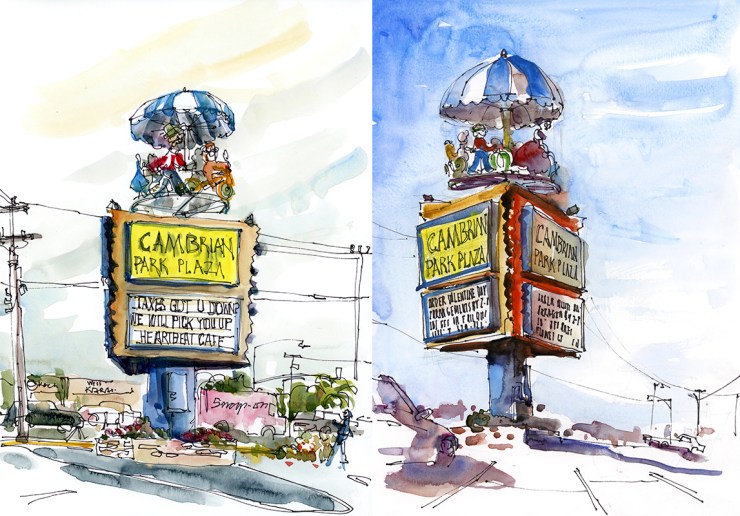 You can see I’ve drawn this sign a few times over the years, (and my daughter in the photo below has drawn it with me too). 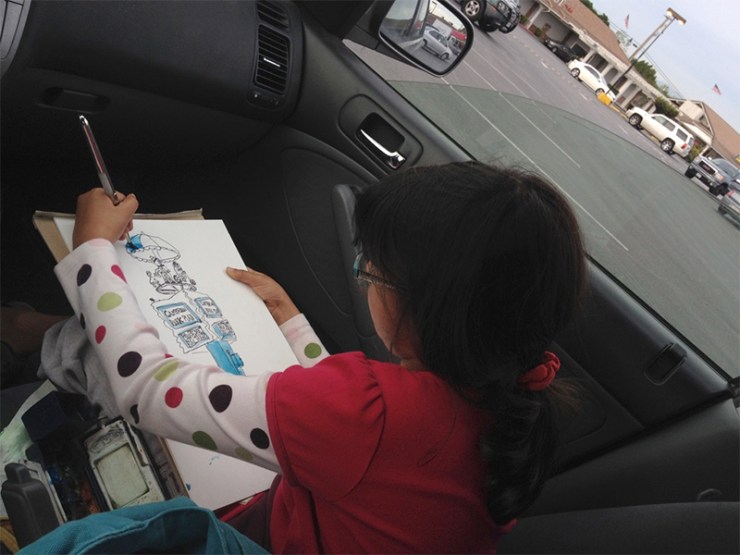 I love capturing all the fun characters atop it and have always wondered who designed it, and the inspiration behind the menagerie that rides the carousel: a performing monkey on his bicycle with his trainer, a man with a big beach ball, kids and babies in a pram. 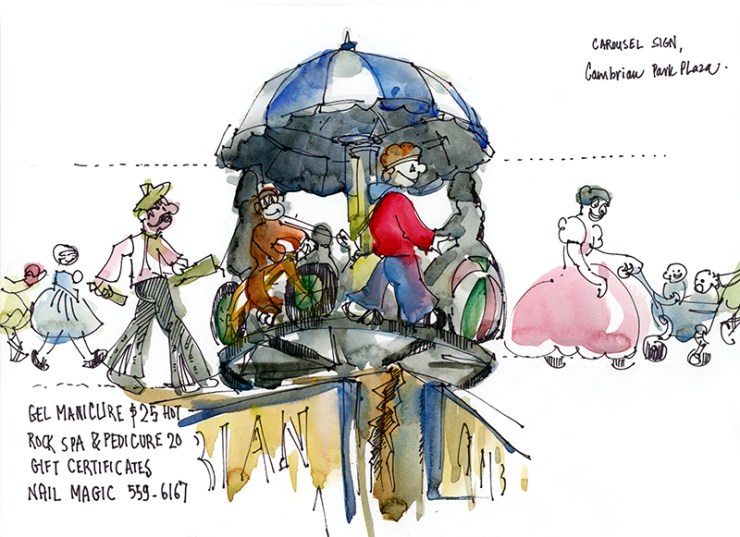 If you know more about this sign and it’s design, or a story connected to the plaza, write to me,  I’d love to know.