Mark’s Hot Dogs is one of the oldest fast food joints in San Jose. Mark Yuram originally set up a little hot dog stand in San Jose back in 1936. His dogs were an instant hit. And while Mark’s does have a lovely neon sign, what really makes it stand out is that strange and unforgettable orange fiberglass structure that Mark’s moved to in 1947. 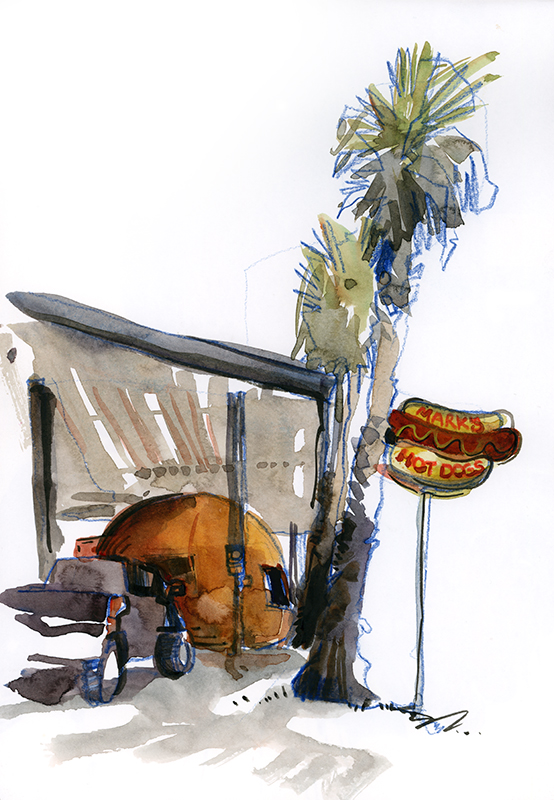 The giant fiberglass orange has a 25 foot radius and has now been sunk into the concrete to keep it from rolling away. It’s 3 windows originally served food to walk-up customers. Now there is a 3-stool counter inside. It’s quite an interesting experience to be inside this small, round structure where the walls all curve in. The sauce stains on my sketch below, made over lunch,  are a testament to the amazing chili cheese fries. 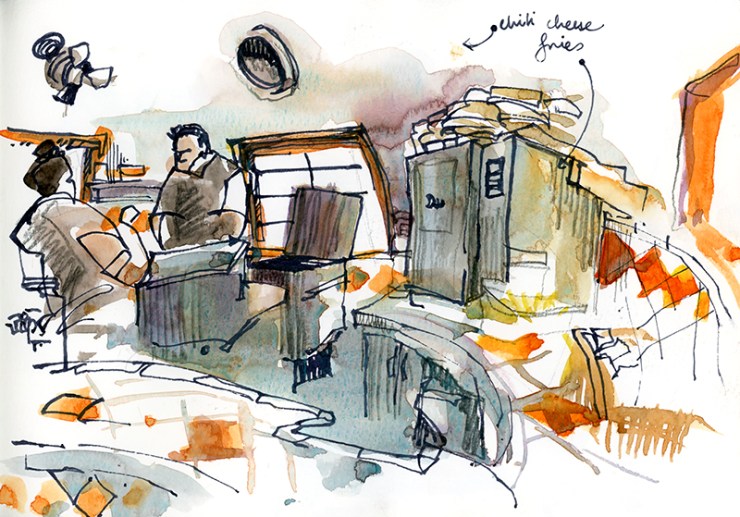 What’s fascinating is that this orange structure has a really important place in vernacular roadside architecture.

In the Interwar Era (1918-1945), American society became more and more dependent on cars. This type of structure was common along the busy roadways of California and sold fresh orange juice. You can just imagine the excitement of a hot and dusty family on a long motor trip sighting one of these giant oranges in the distance.  The oranges were designed by Frank E Pohl, who opened his first orange stand in Tracy in 1926.  Very few of these oranges now remain.

If you’re wondering where I have all these facts and historical information from, I’ve been loving digging them up with the help of the fantastic folks at the Library and Archives of History San José. Besides documenting the long process of how this structure (finally!) became a Historical Landmark in 1992, the Archive saves fascinating newspaper clippings which reflect the opinions of the time. Below are two letters to the Editor, for and against saving the orange structure. 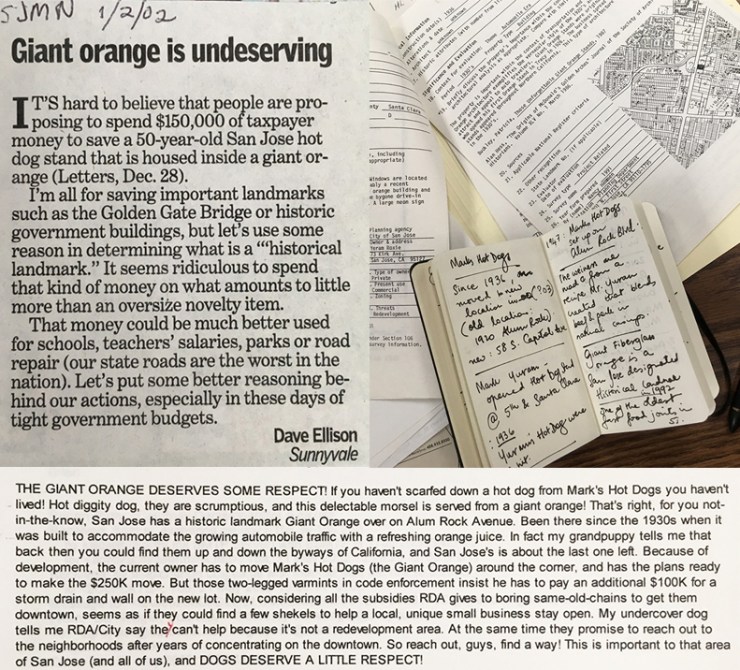 From what I know, the at Mark’s weiners are still made from the original recipe that combines beef and pork in a natural casing. So be sure to try them when you’re there. And while you’re at it, order a side of chili cheese fries. You won’t regret it. 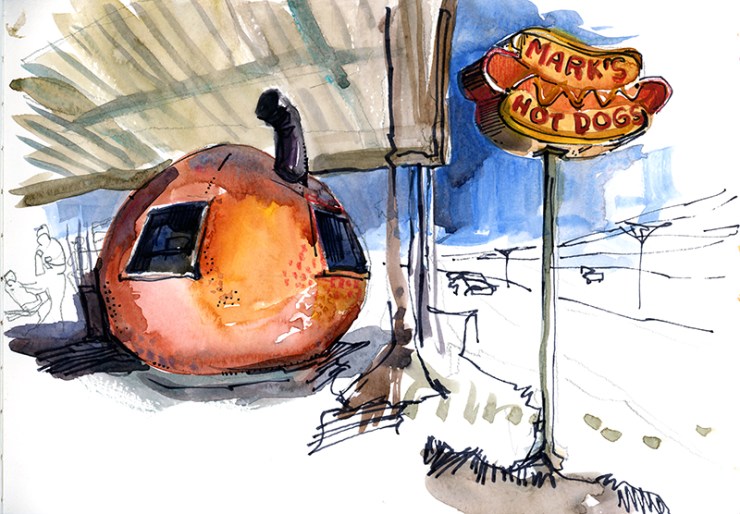