There’s a modest sign that’s easy to miss, tacked on a giant redwood tree at the entrance of Casa Grande in New Almaden. It reads Club Almaden ( the ‘Club’ bit is high up on the tree, and pretty small.) 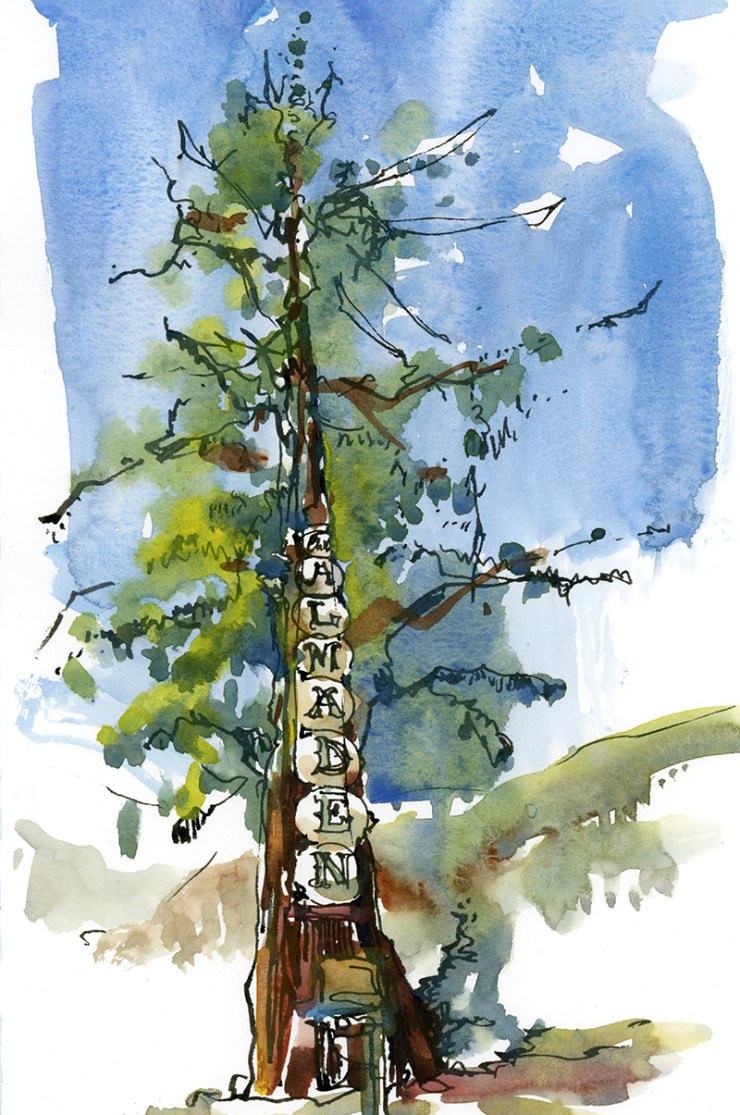 Casa Grande was first owned by the mining company, New Almaden Quicksilver Mines and served for decades as the residence for the mine superintendent. But the mines became unprofitable and closed in 1912.

A series of private owners operated businesses at Casa Grande. In 1927, brothers George and David Black acquired Casa Grande from it’s previous owner. They opened the first two floors to businesses, while they lived on the third floor. After installing several swimming pools in the back yard, they opened Club Almaden, a summer resort. (Photo courtesy Almaden Quicksilver Mining Museum Archives) 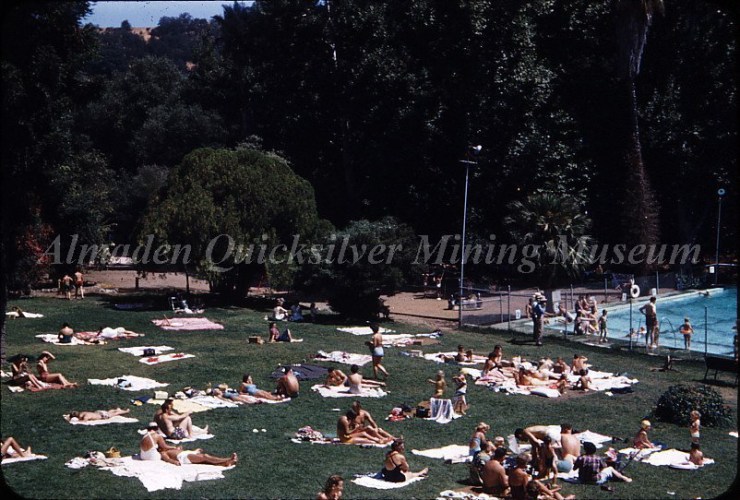 See this fabulous video from the 60s that shows people holidaying by the poolside at Club Almaden. So the next time you are down at the Mining Museum, take a walk into their lawns in the back and imagine what a party it must have been back there in the times of Club Almaden. And then look up at that sign on the redwood trees, the last remaining hint of the fun times that were had here.