Built in 1950 by Richard Borg and designed by Alexander Cantin, this theater was one of many theaters in San Jose built in the Streamline Moderne style. This is a late Art deco movement that is easily distinguished by large smooth stucco walls, horizontal lines and curved edges. 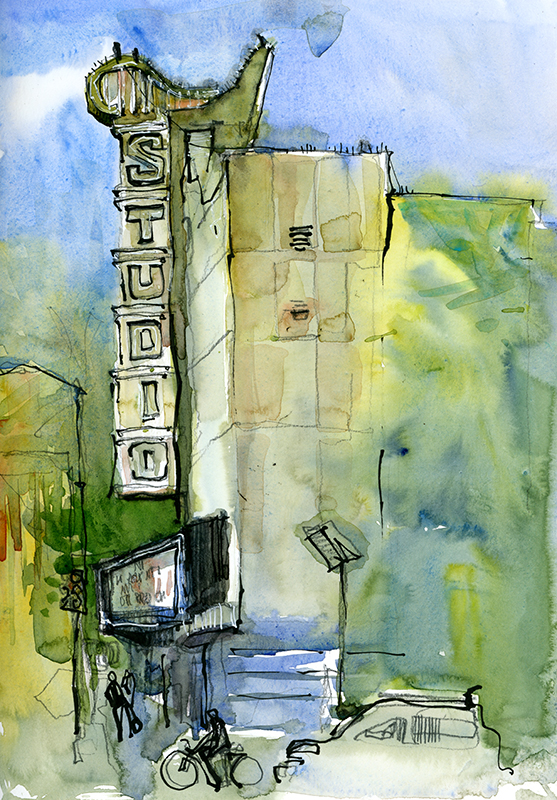 The Studio’s run as a theater followed a story common in San Jose. A thriving theater when it was built, it showed only adults films by 1973. This was followed by a run of showing Spanish language movies, then bargain-priced movies until the end of the nineties when it was converted into a series of nightclubs.

Today, the interior has been stripped and the space converted into a climbing studio. The exterior is preserved in it’s original form. I sketched it at dusk and as the neon turned on (almost perfectly, just the ‘D” in STUDIO wasn’t working), and I remembered that this sign was the latest technology in it’s time, designed and built by Cantin and Cantin, the father-son team who built many theaters in the area. 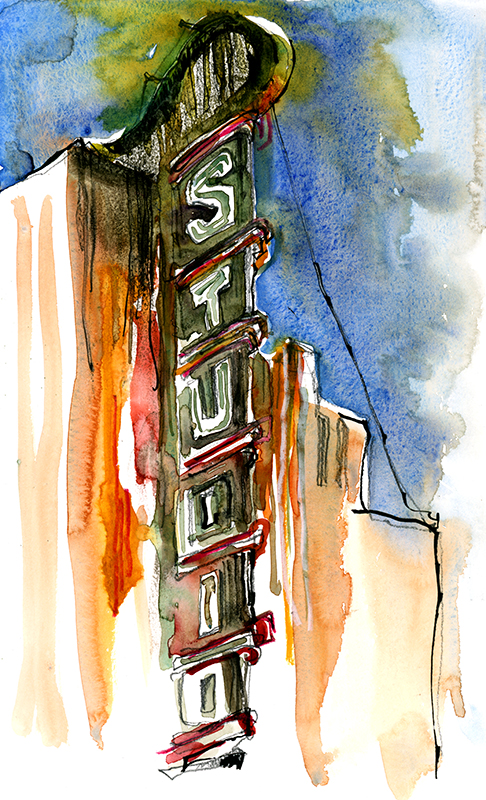