The Mexico Theater in San Jose probably holds the record for the most confusing history of a local theater. It opened as the Mayfair  in 1949, changed names to be called the Esquire in 1962. In 1980 it had a name and marquee change: the name was changed to Mexico theater and it inherited it’s current sign from a theater in downtown San Jose. (If you’re not confused enough yet, that original Mexico Theater was previously called the Liberty Theater)

This first sketch is from several years ago, when I sketched the area around the Five Wounds Church. I’d heard then about the theater possibly being revived as a space for music performances. 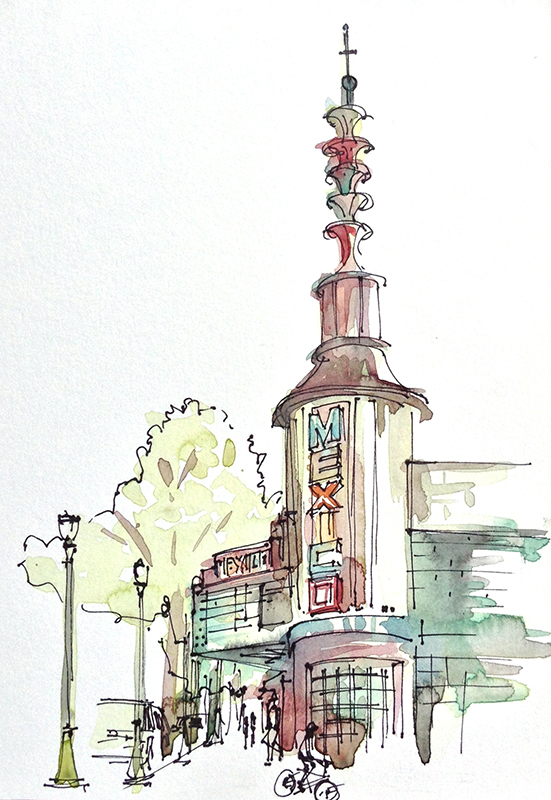 So I went back to have a look. But this time, several years later, the theater was still locked up, and the signage was more derelict than before. Still grand, a lovely  example of a Moderne tower, but crumbling slowly. The spectacular blue of the sky that day only accentuated the sad state of the theater. 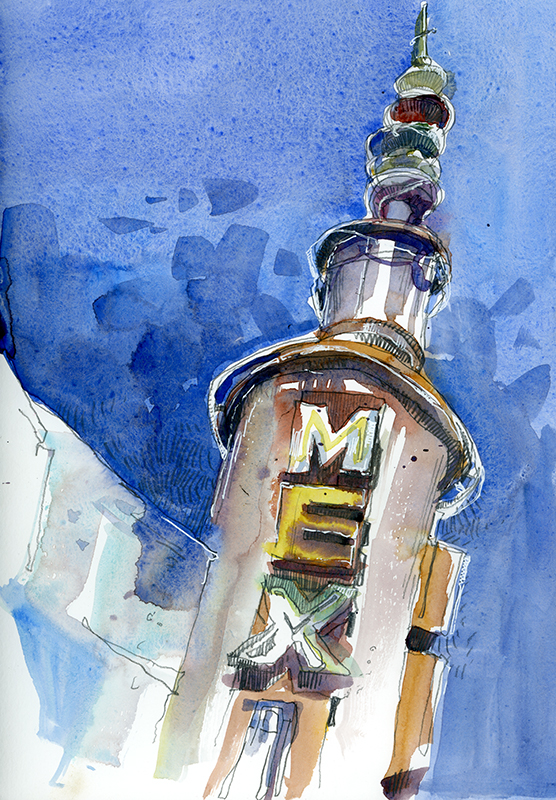 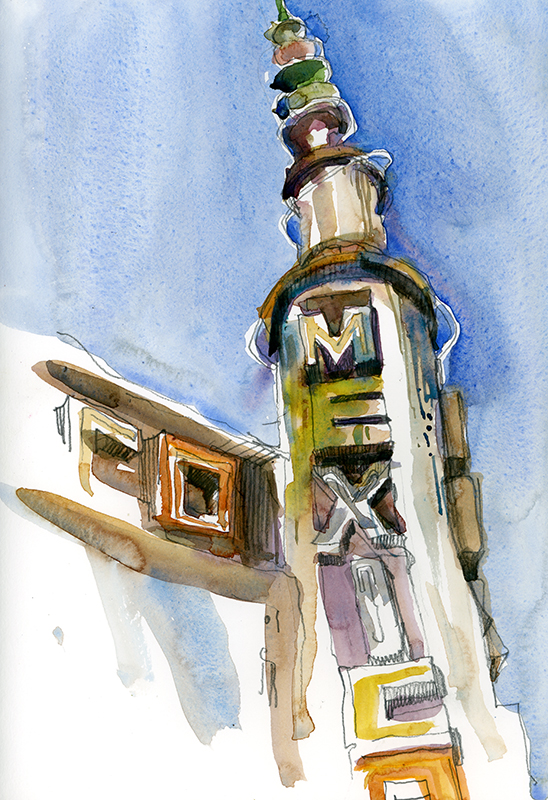 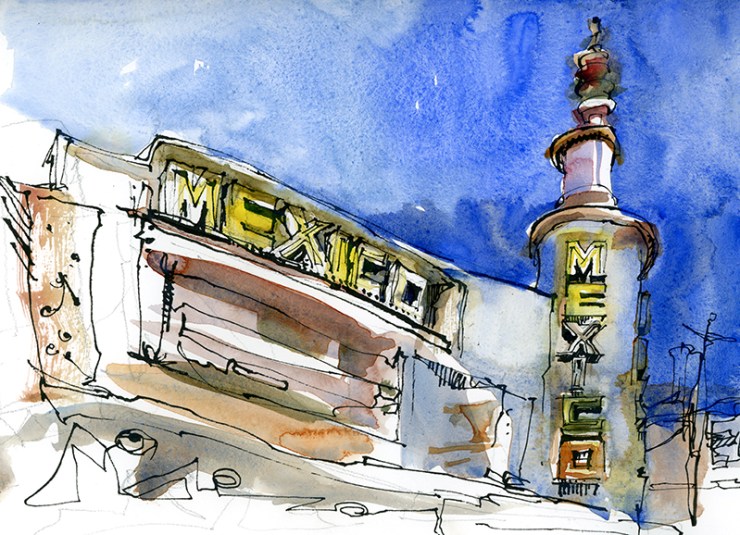 Like many neighborhood theaters, the Mexico had many incarnations, and not just as a theater. It served for a short time as a church. And there were proposals to turn it into a tropical fish store. But today it remains shut down and boarded up.

If you know of plans to restore the theater, or know more about the colorful history of this theater or stories I might not know, I’d love to hear about them.