Built in 1904 (by David Jacks, the man that Monterey Jack cheese is named after, but that’s an entirely different story), The Jose is San José’s oldest theater and a San José Historical Landmark. Now renamed San Jose Improv, it still sports the ‘Jose’ part of it’s signage from a long time ago. 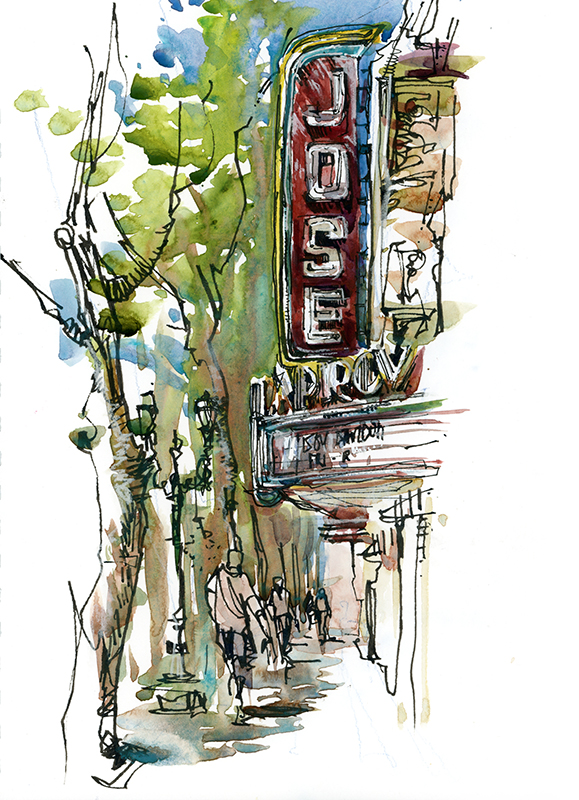 But it didn’t always have that vertical sign. Below is an early photo from the archives of History San José , showing a different and quite lovely sign . If you know when that sign changed to the present one, or what became of the old sign, I’d love to know. The present sign used to belong to the now-defunct Crest Theater and was repurposed for the Jose theater at some point. 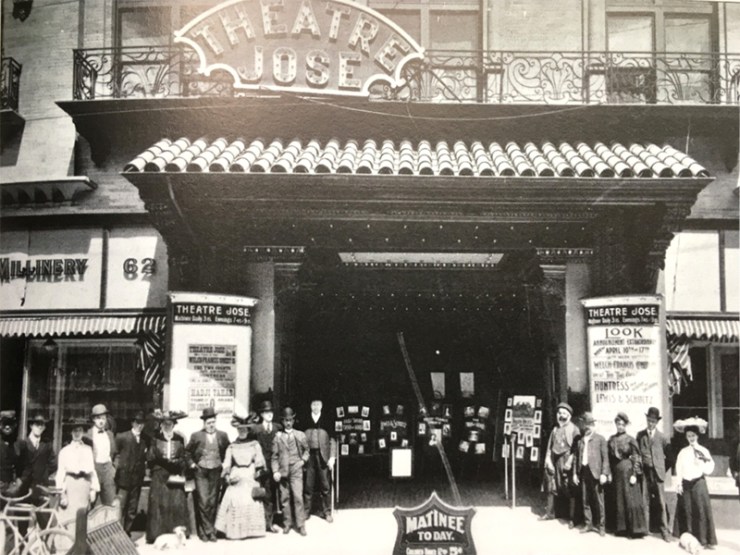 When the Jose first opened it showed plays, then vaudeville and finally triple-bill movies. The theater survived two big earthquakes, in 1906 and 1989, but finally shut down because the necessary earthquake retrofit was a very expensive process. The Preservation council fought hard to save this theater, and in 2002 the theater was back as San Jose Improv. 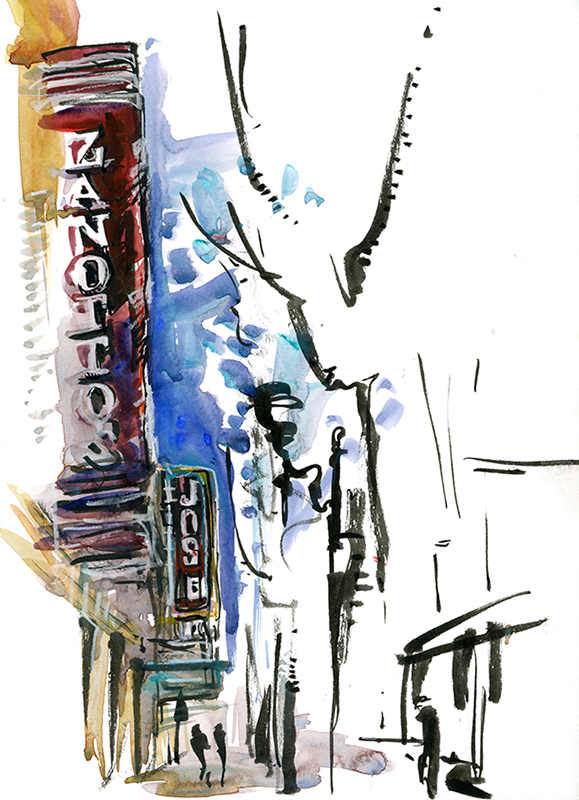 Just down the street from The Jose theater is the sign where Zanotto’s once stood. I’ll be writing and sketching that sign soon, so if you know someone from the family who can share some history with me, I’m all ears. But meanwhile, it just makes me happy that both these signs were preserved. Standing where I stood to make this sketch, it wasn’t hard to picture what the street would have looked like when horse carriages lined it.