But catch that tall Moderne sign at dusk, just as the setting sun hits it and you can imagine how grand and imposing it once was. 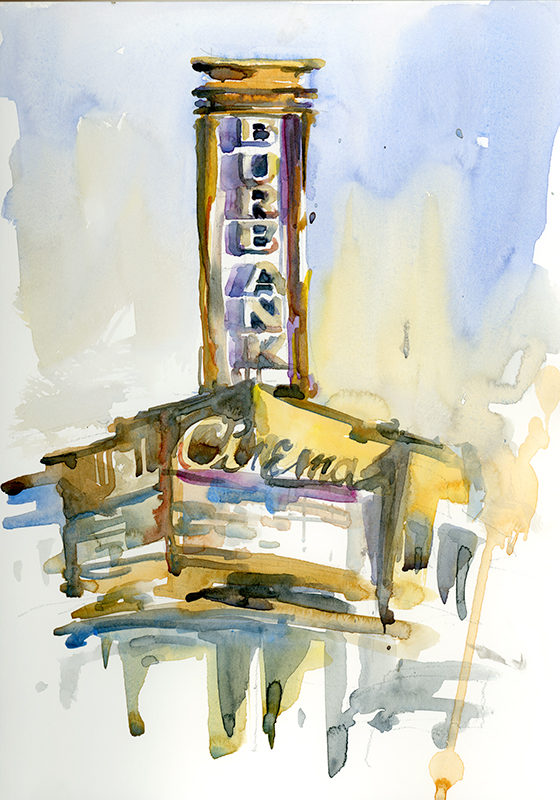 The Burbank is now occupied by Studio Sharise, a performing arts school. But whether entrepreneurial and innovative uses like this can save this building remains to be seen.