Remember Mervyn’s ? Mervin G. Morris opened the first store in San Lorenzo, California on July 29, 1949. The store was supposed to be named Mervin’s, but the architect suggested that a spelling with a y instead of an i would be more visually appealing. Here is a photograph of the original sign for the store on Story Road in San Jose. The sign is probably from the late 60s.

The store closed in 2005 when the Mervyn’s brand was struggling, and Home Depot bought the property in 2008. They changed out the store name but kept the sign, a really nice gesture to preserving a piece of san Jose’s history. 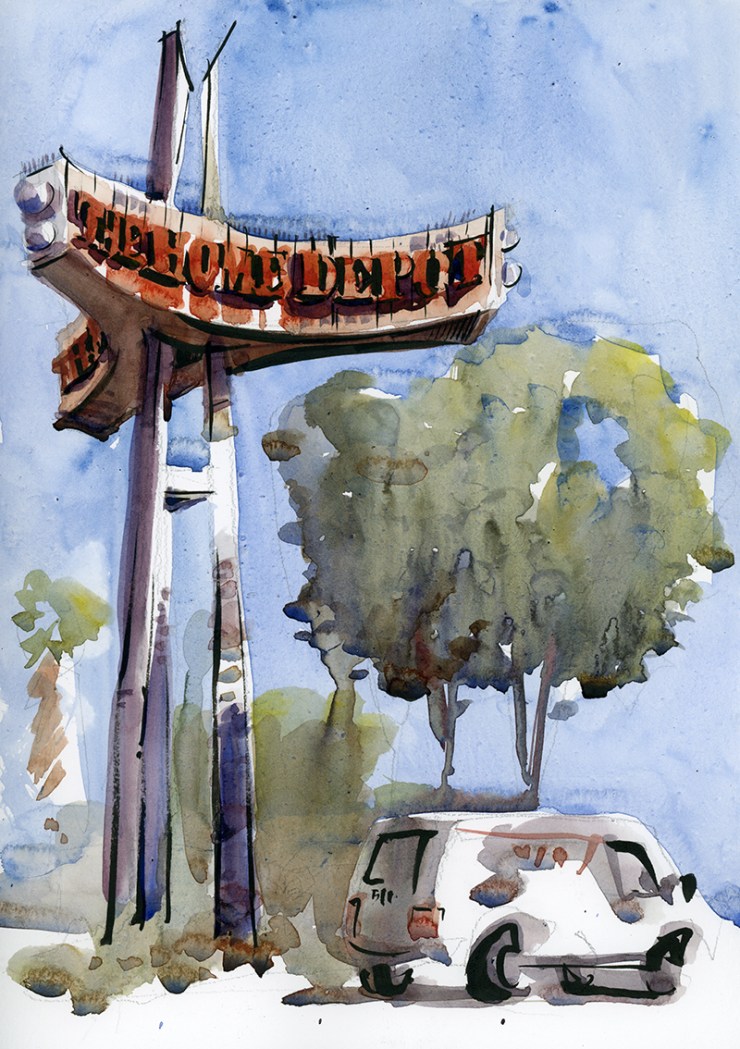