A lime green boxcar with an Orchard Supply Hardware logo painted on it’s side sits in History Park, San Jose. It’s had a fascinating journey in getting there, all tied to an equally interesting gentleman.

Al Smith was the first president of Orchard Supply Hardware. In the early 1960s, the City of San José denied him permission to install a sign for his Orchard Supply Hardware store along Auzerais Street. (Another sign for the store already existed facing San Carlos Street and by the 60s the city had developed regulations limiting the size and number of signs a business could have.) To work around these new rules, Smith bought a railroad boxcar from Southern Pacific, painted on the OSH logo, and placed it at the end of the spur track behind his store by Auzerais Street, and voilà!, he now had the sign he wanted, in spite of city regulations. 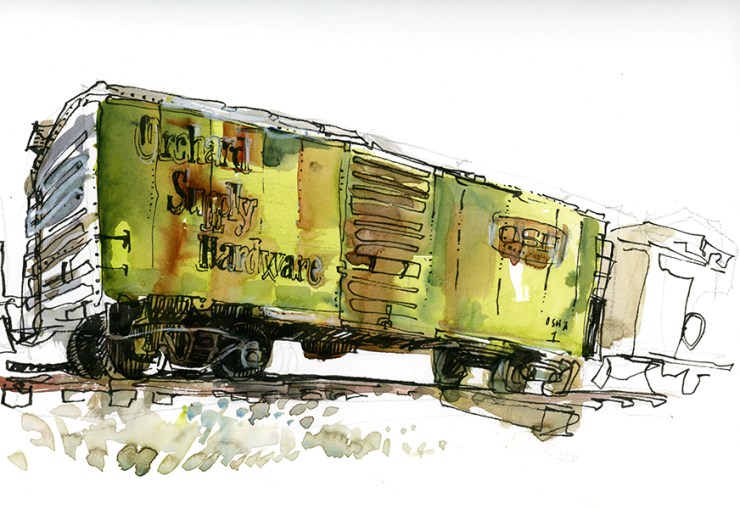 OSH donated the boxcar to the California Trolley and Railroad Corporation in 2013, and History Park now houses it with their other historic railroad locomotives. That seems like a short little hop until you watch this video documenting it’s move.

And that’s how a boxcar that probably shipped goods across the country during World War II came to be a Willow Glen resident for almost 50 years before moving to History Park.